Felicia completed her 8th Broad Street Run in early May, with some company from the office for the first time ever. Co-op Jonathon Joyce from Drexel was a racer this year as well, and put that college energy and fitness to good use by blazing across the finish line with a very impressive time (more about Jonathon below). Felicia was cruising too; finishing in the top 10% in her age group, so Metropolitan Acoustics was very well represented and did us all proud!

Jonathon is actually very well-equipped for events like the Broad Street Run and other tests of athletic endurance. He is a nationally-ranked triathlete who has been competing with his Drexel Triathlon team and independently for the past two years. He had Nationals in April in Tuscaloosa, AL and will be heading to French Creek, PA this weekend for a competition. We will all be rooting hard for his success!

North of the Border
One Riverside- Serenity by the Schuylkill 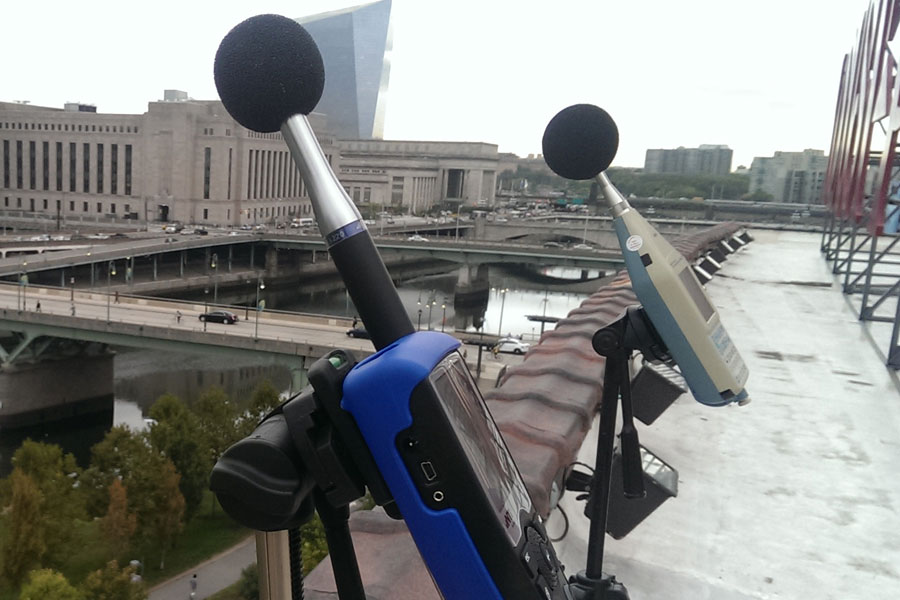 So there we were, the day before the Eagles Superbowl Parade, setting up sound meters in various strategic locations along the route so we could monitor and take sound level measurements the next day while the parade was rolling by. […]