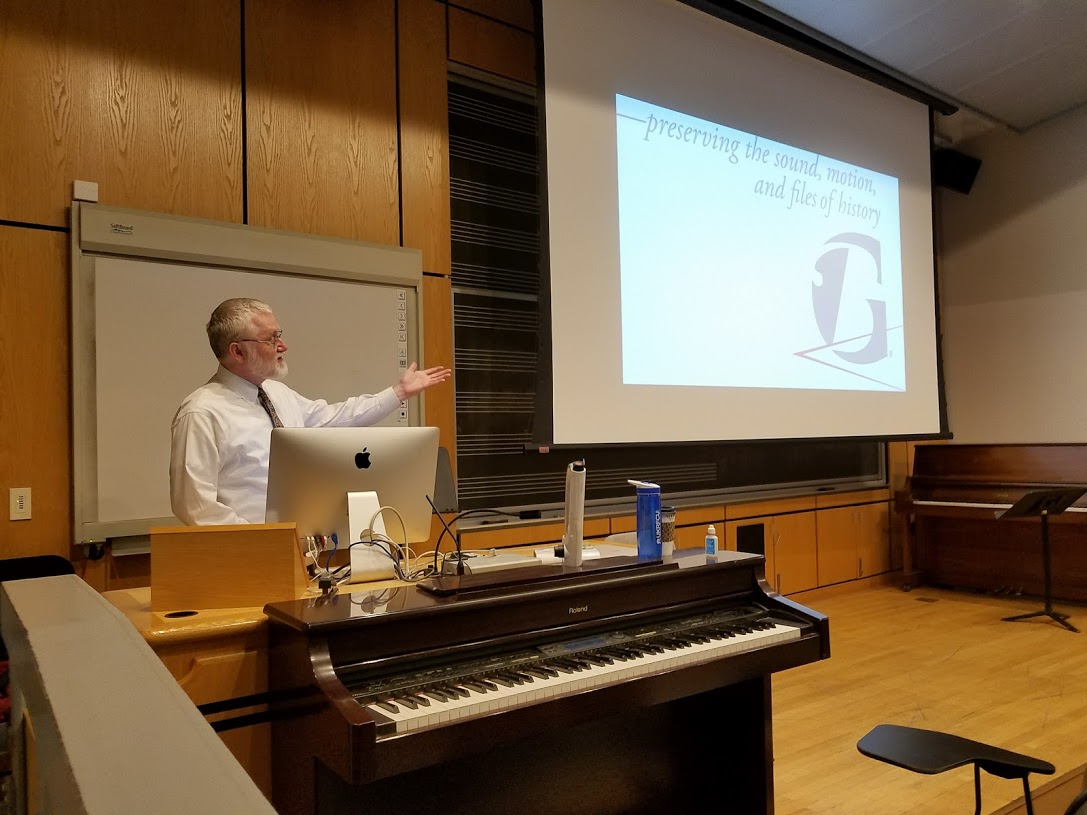 This month’s joint meeting between the Philadelphia Acoustical Society of America (ASA) and the Audio Engineering Society (AES) was a fascinating and informative look into the world of audio preservation and archiving, focusing on a project called The Great 78 Project. 78 RPM records were made from the late 1800s all the way through the 1950s, and there has been a massive effort to digitize as many of these recordings as possible and post them to the Internet Archive for the public to enjoy.

George Blood, President of George Blood, LP presented the project and provided the audience with some great information about the history and importance of the recordings and the process involved in preserving them. George has recorded or produced over 250 CDs and has been nominated for 5 Grammy Awards. It was fun to hear such an expert presenting on such an interesting subject and to listen to someone with such passion for what he does.

This was a great meeting!

The appropriate amount of sound isolation of wall assemblies in any application can be achieved with the right design and a well constructed partition. However, even experienced designers may be fooled by some of the most common wall isolation fallacies. […]