Monday marked the 231st anniversary of the signing of the U.S. Constitution, the start of our current form of government and the oldest existing constitutional democracy in the world.  Visitors from all over the world come to Philadelphia to see historic sites such as Independence Hall and the Liberty Bell, perhaps the most famous bell in the U.S.  As acousticians, we figured what better way to celebrate Constitution Day than by sharing some knowledge about the Liberty Bell.

A quick bit of history:  The Liberty Bell was originally known as the State House bell and first rang in the Pennsylvania State House, later known as Independence Hall, in 1752.  Unfortunately, the bell cracked the very first time it rang.  It was melted down and recast

twice by local foundry workers, John Pass and John Stow.  The bell rang to summon the lawmakers to the State House and to make public announcements like the reading of the Declaration of Independence on July 8, 1776.  In the 1830s, the bell was used as a symbol by abolitionist societies, who referred to it as the Liberty Bell because of the bell’s inscription, “Proclaim LIBERTY Throughout all the Land unto all the Inhabitants Thereof.”  In 1835, the bell developed a significant crack while ringing to mark the death of Chief Justice John Marshall.  This crack widened, and as it grew, holes were drilled at the end in an attempt to stop the crack from spreading.  Unfortunately, these repair efforts were unsuccessful, and after ringing on February 22, 1846 in honor of George Washington’s birthday, a hairline crack reached the bell’s crown, and the bell was taken out of service for good.  The bell has been only ceremonially tapped ever since.

Fortunately, we can hear the Liberty Bell ring again thanks to Dr. Gary Koopmann and his graduate students at Penn State University. By knowing the weight of the Liberty Bell and that the bell was fashioned following the traditional English bell profile, the students built a computer model of the shape of the bell.  This shape was then divided into a grid of 450 squares.  Each square is governed by an equation that describes how that square can move.  The computer can then solve for the motion of all squares simultaneously, resulting in the vibrational mode shapes and harmonic frequencies of the bell.

Once the motion of the bell was modeled, the next step was to add sound.  A bell chord includes five tones, the dominant strike tone, a minor third and a major fifth in the first octave, and the major third and major fifth in the second octave.  The Liberty Bell was known to have a dominant tone of E-flat, so the computer models could be optimized to match the expected frequencies.

You can listen to the simulation of the uncracked Liberty Bell by following this link.  Happy Belated Constitution Day.  Let Freedom Ring! 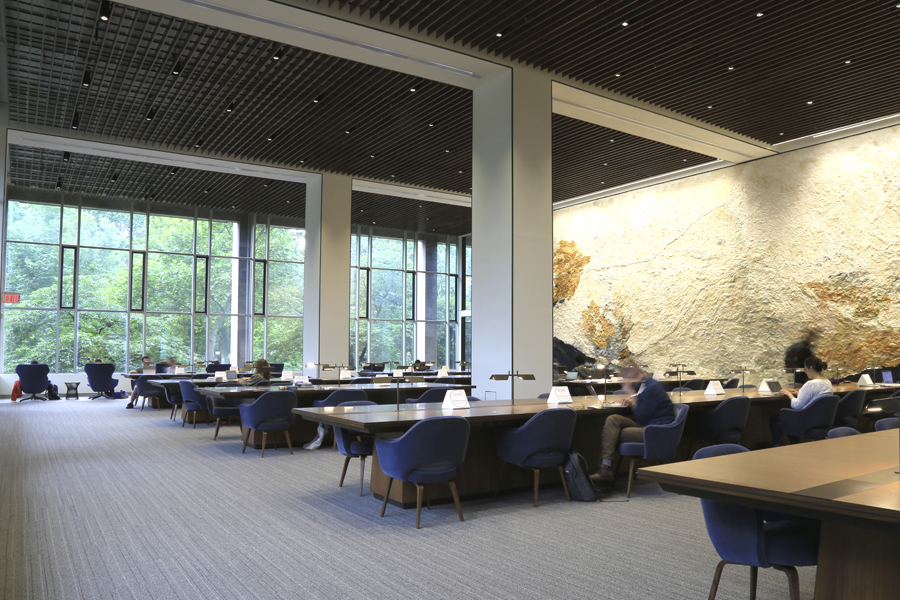 Classroom design and educational facility design in general has evolved dramatically over the last few decades, and acoustics are a vital component of the learning and teaching experience. In this blog post on the Healthy Facilities website, Metropolitan Acoustics’ Senior […]