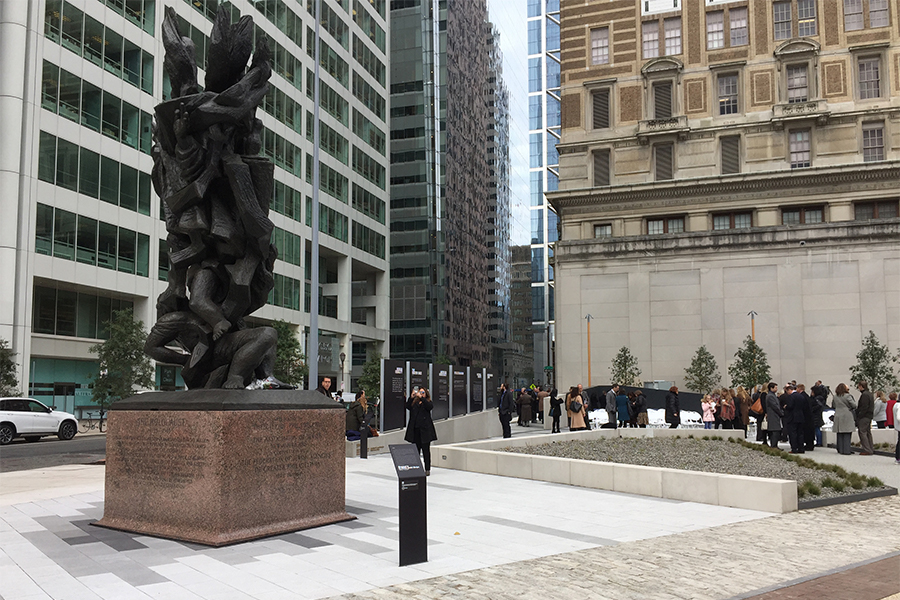 October 22, 2018 a gorgeous fall day, marked the grand opening of the new Philadelphia Holocaust Memorial Plaza. In 1964, a group of Holocaust survivors, prominent businesspersons, and community leaders donated the monument that has stood on the site ever since. The original monument remains and has been integrated into the features of the new plaza.

The newly constructed Memorial will feature the existing monument, plus Six Pillars, train tracks from a concentration camp, a symbolic tree grove, the Theresienstadt Tree, a remembrance wall, and an eternal flame.  Metropolitan Acoustics helped to provide the eternal flame at the memorial; our work included the design of the ‘eternal flame’ video display and control system as well as detailing the video system infrastructure requirements for the architect and contractor.

While the Philadelphia Holocaust Memorial Plaza may have not been the largest project we have been a part of, it will definitely go on our list of most significant! 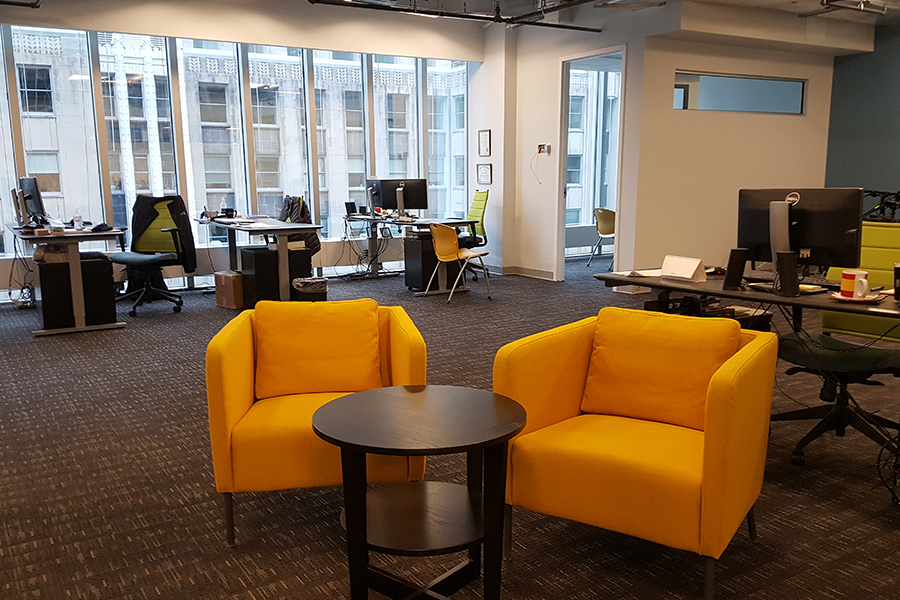 Our newly expanded office is officially done and in use! It is much needed additional space as it was getting quite crowded with the new team members that we have hired in the past few months. With the expansion, we […]