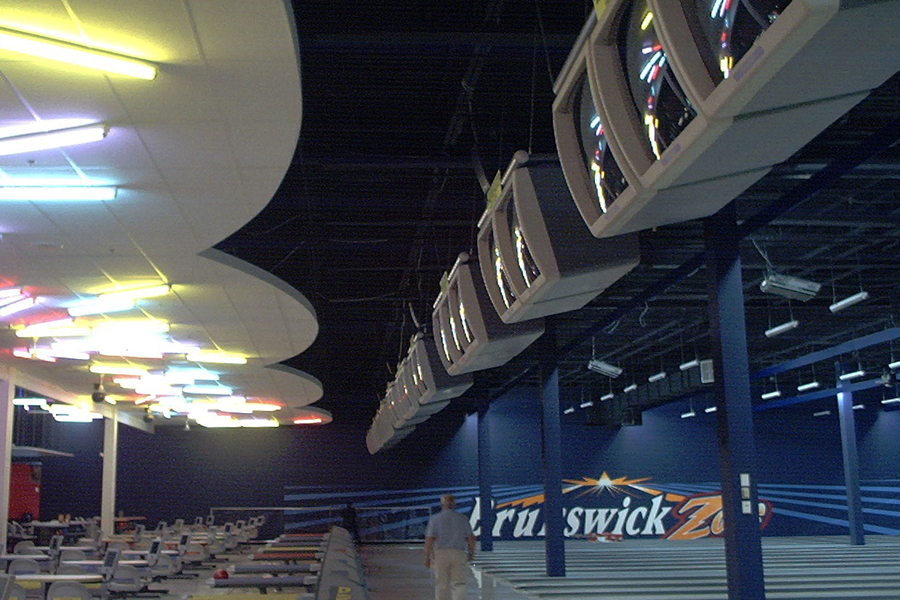 Each of the large centers combined 48-lane bowling alleys with entertainment areas including snack bar/lounge, party rooms and game rooms. The major issues were reverberation and sound transmission throughout the facility.

The Feasterville location had a limited amount of absorptive material, and the acoustic environment was considered objectionable by the employees. Following the test results, Metropolitan Acoustics designed several solutions for acoustical treatments to reduce the sound levels and to reduce sound transmission into other areas of the facility. Our report detailed the amount, type, and locations of the acoustical treatments and predicted the change in the acoustical environment with each option.  Metropolitan Acoustics returned to the facility for a second reverberation test following implementation of the owner-selected recommendations. The performance goals had been achieved; sound levels had been significantly reduced throughout the facility.

Metropolitan Acoustics performed testing and consulting services in three other Brunswick Zone locations, Philadelphia, Pennsylvania (Adams Lanes), Homewood, Illinois, and Lone Tree, Colorado. Each facility had employed different architectural designs, resulting in varying levels of success in controlling the buildup and transmission of sound. Although we were not asked to measure the improvement in the acoustic environments, we interpret the business referral from our contact at Brunswick as a testament to our success.

Scott and Bob were presenters at the ASA December 2019 Meeting in San Diego.  Located at the historic Victorian beachfront Hotel del Coronado, this meeting marked the 178th for the Acoustical Society of America (ASA) where many in the acoustical […]