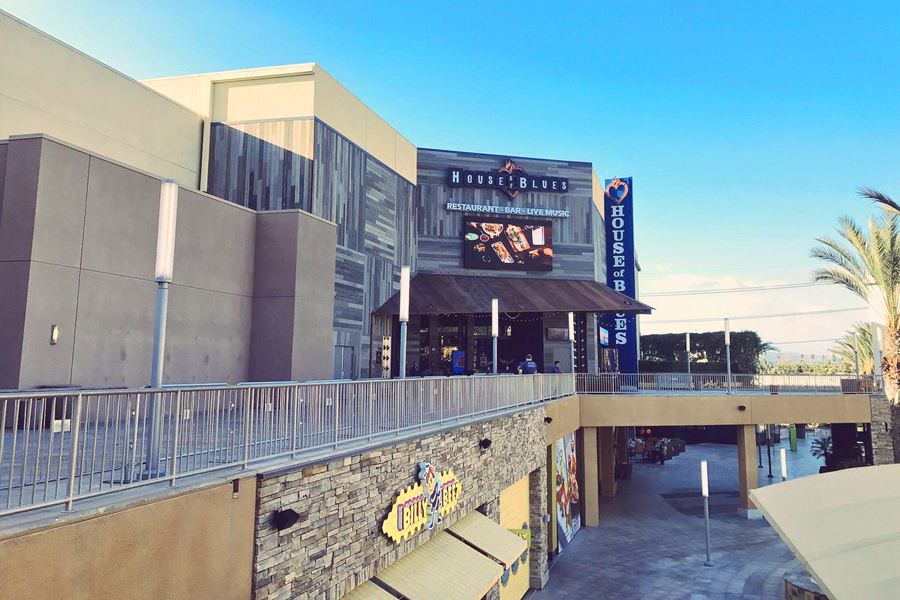 At the House of Blues performance venue, a service corridor on Level 2 separates the Rumba Room from the Grasslands kitchen, and is located below the HOB stage. Though sound transmission was not an issue, intermittent waves of vibration had been reported to cause disturbances on the Level 2 slab during simultaneous events going on above and below. We performed a series of tests to quantify vibration levels during separate and simultaneous events and identify the transmission paths of vibration. We positioned tri-axial accelerometers in locations throughout the building structure during performances and also measured sound pressure levels. The data was used to implement strategies which included isolating the subwoofers by installing them in concrete enclosures and decoupling the proscenium from the base building structure.

Metropolitan Acoustics was on the design team to provide interior room acoustic consultation for a new event space at Merion Golf Club.  The Associated Builders and Contractors (ABC) from the Eastern Pennsylvania and New Jersey chapters recognized the Pavilion with […]