When the Institute For Advanced Study was preparing for renovations to their campus in Princeton, NJ, that involved excavation and pile driving for new columns, there were concerns that excessive vibration would have an impact on the existing structures. The renovations involved enlarging one of the buildings which is in close proximity to several other buildings on site.

Before the start of construction, we recorded ambient vibration levels at the foundation of several buildings within the zone of concern. The baseline survey allowed for construction vibration levels to be compared to typical ambient levels. There were vibration events of varying degrees in each building from mechanical systems, elevator equipment, and activity within the buildings. The baseline measurements were not in exceedance of allowable levels for

vibration but provided a good baseline for typical site conditions.

Based on the initial baseline survey, we programmed several threshold levels which would trigger alerts. The threshold alerts were provided as preventative measures to alert the contractors when they were at pre-determined levels of acceptable vibration, not when they were at levels where they were causing damage. We provided long-term monitoring throughout construction on site for this project which served to prevent any damage-causing activities to develop into issues with any of the existing buildings. 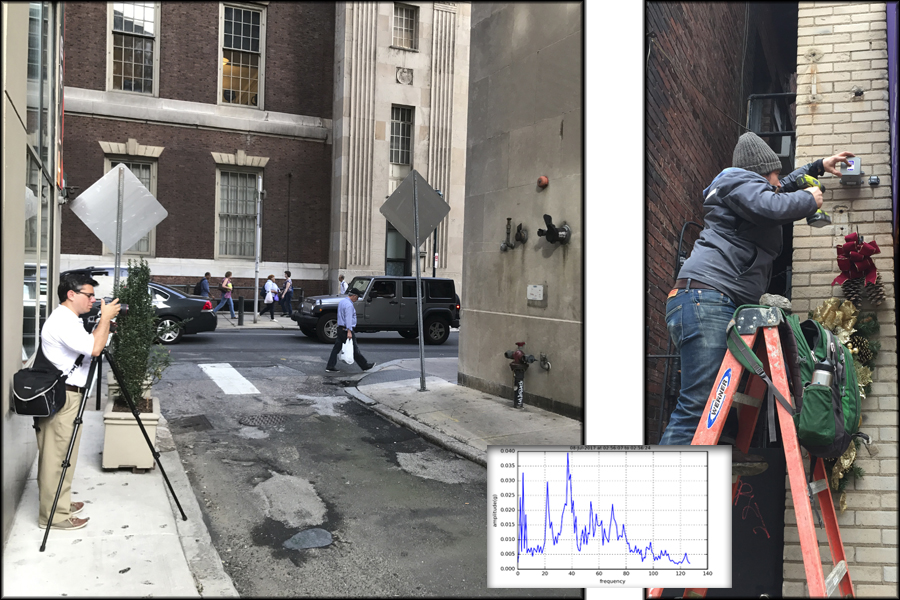 Did you know?… A big part of our business is Vibration Monitoring? One of our current projects is the new Hyatt Centric Hotel in Center City Philadelphia which will occupy a long, narrow site in a dense and popular retail/residential district […]