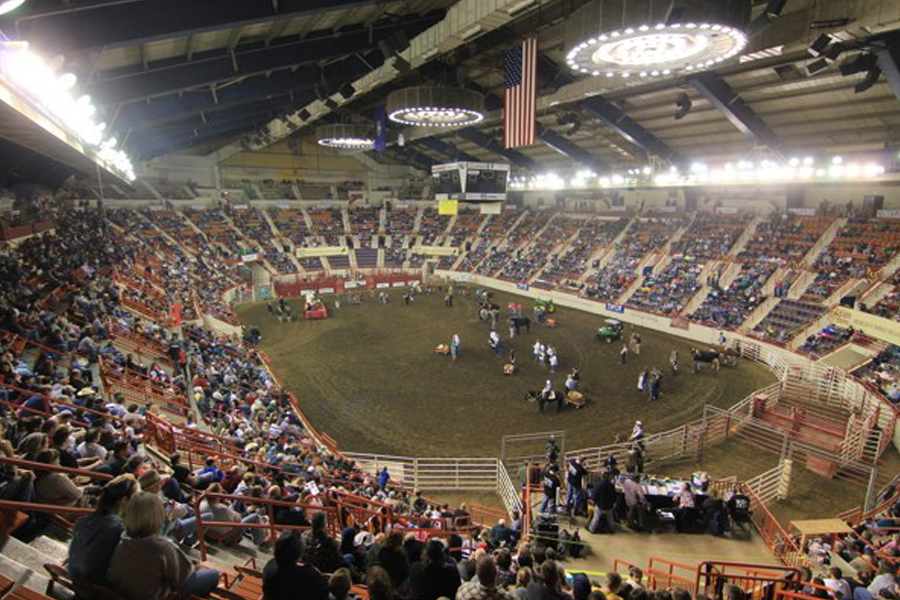 The Pennsylvania Farm Show Complex and Expo Center is home to the Pennsylvania Farm Show; the largest indoor agricultural event in the United States. When the time came for a major renovation to the buildings and systems, Metropolitan Acoustics was commissioned to design the Audio Visual systems for the entire complex, which included banquet facilities, arenas, convention floor space, and common areas. The project consisted of 1,000,000 sq ft of floor space.

For the original exhibit spaces and halls, we specified the installation of a distributed, ceiling-speaker style sound reinforcement system. We designed a system consisting of medium power, water resistant, surface-mounted speakers to deliver speech or music playback into this kind of environment with a high degree of intelligibility. Each system is zoned to match the divisions of the space or can be combined with any other exhibit space or hall.

For the large arena, we designed an audio system capable of delivering high-impact music playback and speech reinforcement across the entire seating area. This kind of system can be used for a variety of events from a basic speech as part of a graduation or political event or for high impact events like Arena Football or a rodeo. The other large arena space–the equine arena, already had a broadcast system installed, so we specified additional sound system equipment to provide better coverage on the floor of the arena and some self-powered stage monitors that could be used by performers or as fill speakers.

The Banquet Hall, VIP Lounge, and all Maclay Street Meeting Rooms had similar requirements due the nature of their functions. We designed ceiling-speaker based speech and music reinforcement systems to provide coverage throughout the listening area. Each system is zoned to match the divisions of the space or can be combined with any adjacent room when the wall partitions are open. Each space has a permanently installed electric video screen, microphone and line level inputs, and a record output located within each space. All of the components can be controlled from a small wall-mounted touch panel located within the room. The Skybox Meeting Rooms and the Pennsylvania Room required additional functionality such as permanently installed video projectors, DVD, video and computer input plates, and local video switchers. Each of these rooms can be controlled from small wall-mounted touch screens.

This was a large project which took significant time and planning, but in the end, the systems were correct for their locations and functions, and they have been providing reliable and great sound for many years.

While we like to be recognized and part of top ten lists – this one has us a little baffled! The job title “Acoustics Consultant” was #2 in a recent article titled “The 10 Weirdest Job Titles in the UK, Revealed”, […]