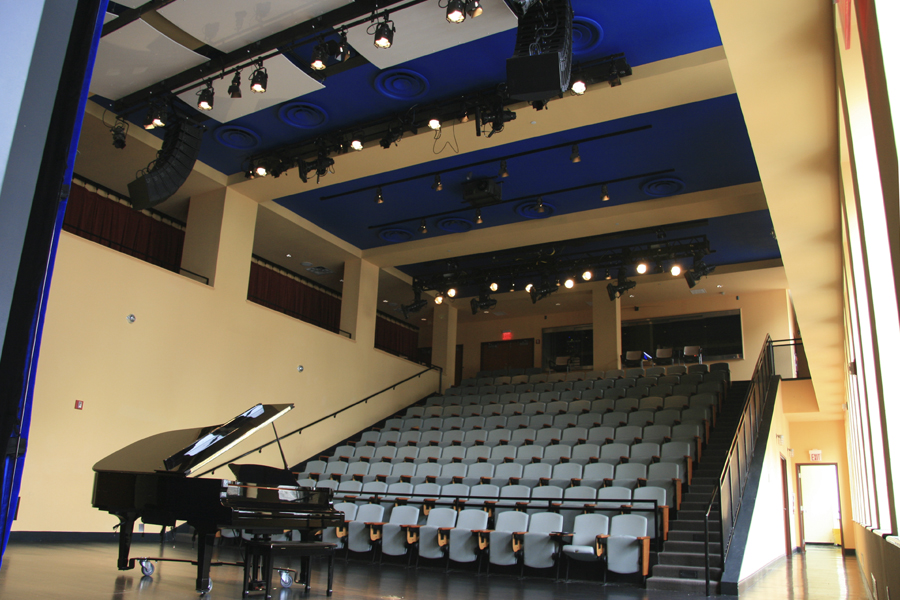 University of the Arts – Caplan Center for the Performing Arts

South Broad Street in Philadelphia is known as the “Avenue of the Arts” and is home to many world-class performance venues such as the Academy of Music and Kimmel Center, as well as the University of the Arts. A South Broad Street presence for over 130 years, the school is solely dedicated to higher education for 2,100 talented students interested in careers in the visual and performing arts and design.

The Caplan Center for the Performing Arts opened in September 2008 and is located on two floors of the University’s Terra Hall. Metropolitan Acoustics designed all the acoustical and performance audio visual system for 130-seat recital hall and the 100-seat black box theater. These venues are used by students in both the Ira Brind School of Theater Arts and the School of Music.

Hill College House Docomomo US has awarded the 2018 Modernism in America: Civic/Institutional Design Award of Excellence to the restoration to the Hill College House here in Philadelphia, located on the University of Pennsylvania’s campus. The building was designed by […]